Purposes of use
Industrial products
Components
Ethyl Lactate
CAS No.
97-64-3 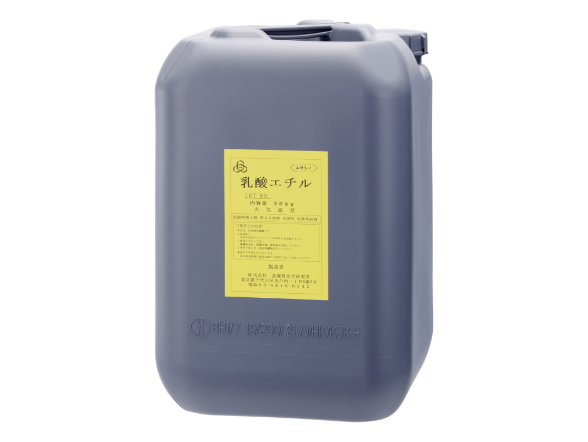 It is used in various fields as a green solvent that hardly affects the working environment and the natural environment when it is leaked.
Recently, the businesses of “Solvent used for photoresist in semiconductor production” and “sale of products for cleaning during the process of manufacturing liquid crystal panels” are growing inside and outside Japan.
In addition to the general industrial grade, we can provide the electronic industrial grade for which metal guarantee was conducted through analysis with ICP-MS. Please feel free to contact us.

What is Ethyl Lactate?

Ethyl Lactate is colorless and clear and has a peculiar odor. It is mixed with water and many solvents. It is biodegradable and it also became popular as an organic solvent that has almost zero impact on working environments or on the environment due to leakage.

It has a high boiling point and low volatility and is often used in inks and polymer solvents. Also, it has been recently used as resistance diluents for semiconductor manufacturing processes. The demand for ethyl lactate as a detergent for the manufacturing process of LCD has been increasing.

*For detailed information on harmfulness and data on properties of Ethyl Lactate, please see the safety data sheet (SDS).

In addition to “Industrial grade”, we have “EL grade” , which we guarantee metals analyzed by ICP-MS.For further information, please contact us.

Main purposes of use and effects

We supply ethyl lactate in Jerry can, drum, and ISO container.

If you have any questions or would like to request documentation regarding this product, please contact us through the following.
Contact us
SEARCH BYSearch for other products you want 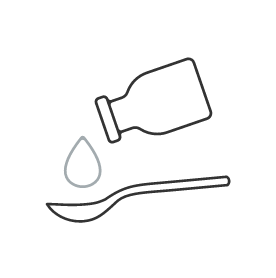 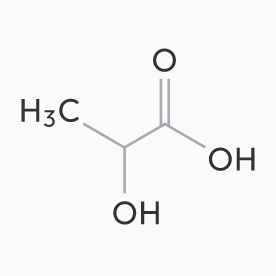 This website uses cookies in order to improve the convenience of the customers and maintain and enhance our services.
By browsing this website, you are deemed to have agreed with the use of cookies.

This website uses cookies to improve your experience while you navigate through the website. Out of these, the cookies that are categorized as necessary are stored on your browser as they are essential for the working of basic functionalities of the website. We also use third-party cookies that help us analyze and understand how you use this website. These cookies will be stored in your browser only with your consent. You also have the option to opt-out of these cookies. But opting out of some of these cookies may affect your browsing experience.
Necessary Always Enabled
Necessary cookies are absolutely essential for the website to function properly. These cookies ensure basic functionalities and security features of the website, anonymously.
Functional
Functional cookies help to perform certain functionalities like sharing the content of the website on social media platforms, collect feedbacks, and other third-party features.
Performance
Performance cookies are used to understand and analyze the key performance indexes of the website which helps in delivering a better user experience for the visitors.
Analytics
Analytical cookies are used to understand how visitors interact with the website. These cookies help provide information on metrics the number of visitors, bounce rate, traffic source, etc.
Advertisement
Advertisement cookies are used to provide visitors with relevant ads and marketing campaigns. These cookies track visitors across websites and collect information to provide customized ads.
Others
Other uncategorized cookies are those that are being analyzed and have not been classified into a category as yet.
SAVE & ACCEPT